‘Introducing renewable energies today rapidly and in an all-encompassing way will guarantee all of us environmentally friendly, secure and cost effective energy tomorrow.’ 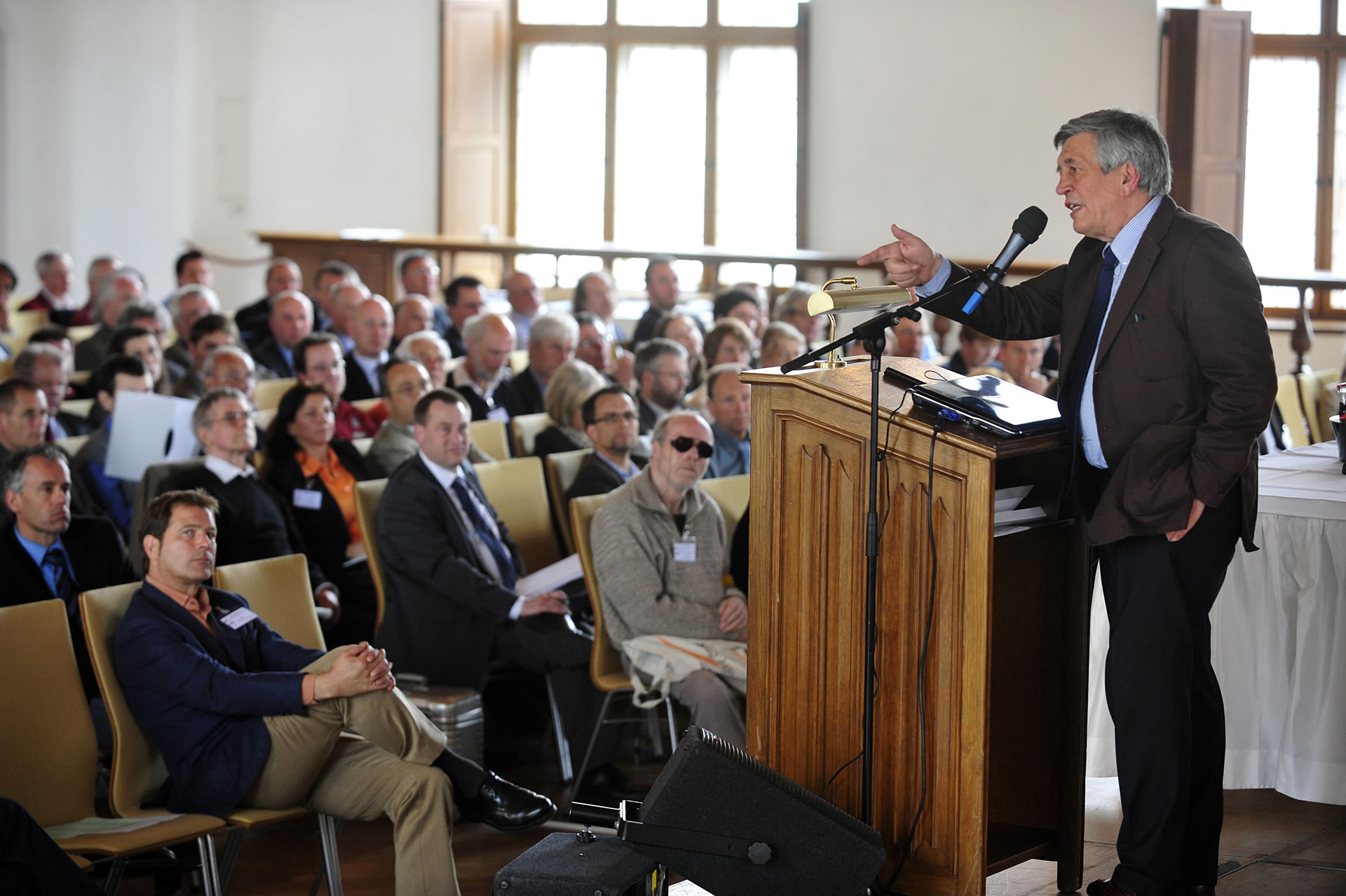 Hermann Scheer, recipient of the Right Livelihood Award, died at age 66 fully engaged in a life of ideas and initiatives. He had been a member of the German Bundestag for three decades and significantly influenced the political discourse in the country in many fields, with courage, far-sightedness and determination. Hermann Scheer was dedicated to the broad shift in the energy basis of modern civilization: from fossil and nuclear resources to renewable energies. He had realized early that it was essential for an intact environment and for opportunities for peace as well. He was a thought leader, motivator, reformer and revolutionary. The death of Hermann Scheer has brought into focus the extraordinary achievement of his life’s work.
read more

To honor Hermann Scheer’s memory EUROSOLAR and the Hermann Scheer Foundation prepared a memorial series of essays with contributions by friends, political companions and fellow activists who shared some of their personal reminiscences of him for publication. Many of these reflections were written shortly after his death. The memorial publication is available as a pdf document in German language.

Bianca Jagger is Founder and Chair of the Bianca Jagger Human Rights Foundation, Council of Europe Goodwill Ambassador, Member of the Executive Director’s Leadership Council, Amnesty International, USA. She knew Hermann Scheer as both a friend and colleague and worked with him closely over the years.

In her foreword for the Energy Imperative, Hermann Scheer’s last book, she said: “Two revolutions have shaped the course of recent human history: the industrial and the information technology revolution. Hermann Scheer was a driving force behind the third significant revolution, renewable energy revolution, which will determine the shape of our future.” …
“The governing principles behind Hermann’s approach were the democratisation and decentralisation of energy. Energy autonomy, for countries and even for individuals, was his fundamental goal. He believed that, by producing as much energy as possible locally, we could reduce global dependence on long distance transmission lines, and diffuse the concentration of economic power, which resides largely with a very few companies and institutions. Hermann was an anti-monopolist.” …

“No energy technology can be installed faster than the technology for renewables, if we only want it.” (2006)

“In order that humanity and nature once again work in unity, humanity must use only the same energy which nature does: the sun’s energy.” (2005)

“Extra costs for renewable energy today are ecological damage which has been averted and low energy costs tomorrow.” (2004)

“The immediate move to renewable energy is not an unbearable strain, but rather a unique social and economic opportunity.”

On solar PV: “Photovoltaics – the conversion of sunlight into electricity – offers humanity a unique opportunity.” (2010)

On nuclear energy: “Because what may happen must not happen, such technology must not be used.” (2010)